9/14 Noon. Pedros South of the Border.
Pretty deserted. We drove around once and parked along the road near the end of the strip. A guy on a ride mower, several golf carts carry assorted maintenance people passed by. At times a steady stream of trucks and cars, then nothing. 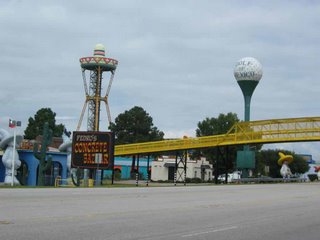 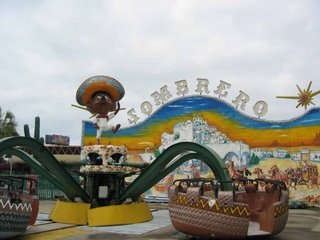 There was no foot traffic so I just rang the bell for almost an hour, sometimes waving to people driving by, sometimes not. A security vehicle passed on several occasions and I waved. 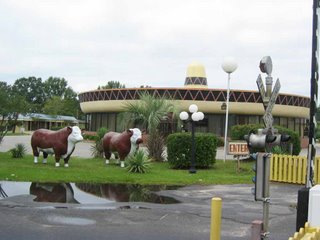 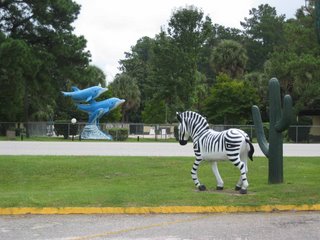 Later the same guys passed us on the highway and beeped and waved. A few cars with flag decals on the doors honked and the people waved and smiled. It makes me wonder about the symbolism of the bell around here. 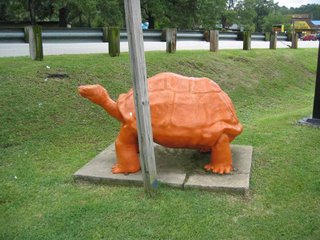 I don’t want to sound cynical, but maybe it’s inconceivable that anyone would ring a bell for any reason that wasn’t patriotic. A lock on patriotism and its symbols?
I was so tired this morning, it felt really good to just ring and ring that bell. 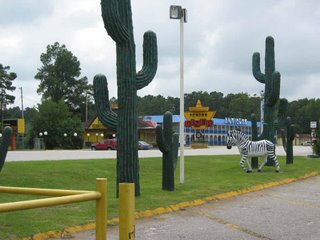 PS Avoid the Super 8 Hotel in Dillon, SC.
PSS I recorded over the movie footage Norman shot here.
Posted by Brenda Hutchinson at 9/17/2006